THE LARGE FARM IN ERFJORD

Håland has always been one of the most important farms in Erfjord. The main farmhouse is the best-furnished and best-equipped of all Ryfylkemuseet’s antiquarian buildings. It allows for a glimpse into life on a large farm and how the more prosperous members of society lived. Between 1640 and 1740, Håland was the seat of both the district sheriff and, for several periods, of the local assembly. The farm has been restored and consists now of the three buildings, målastova, homannsbua and the farmhouse. 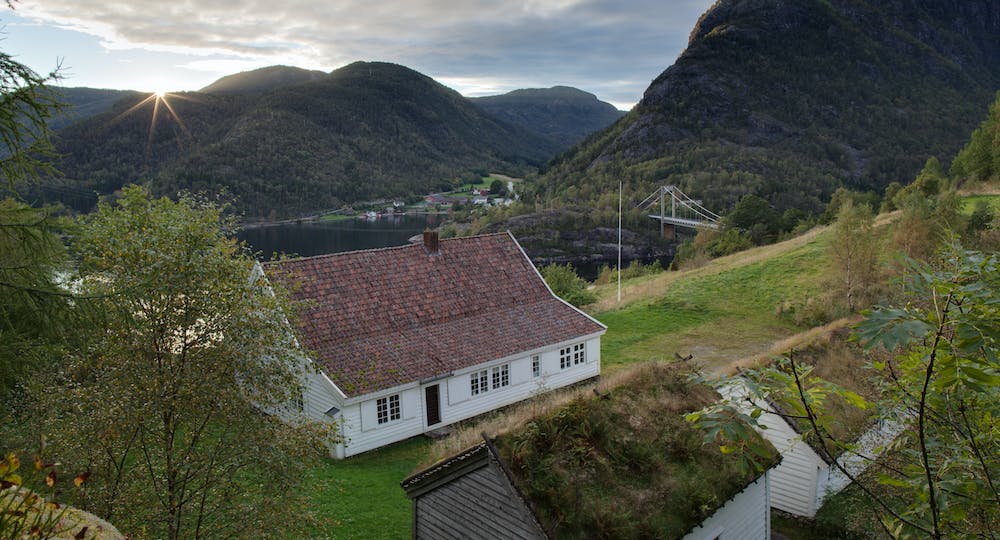 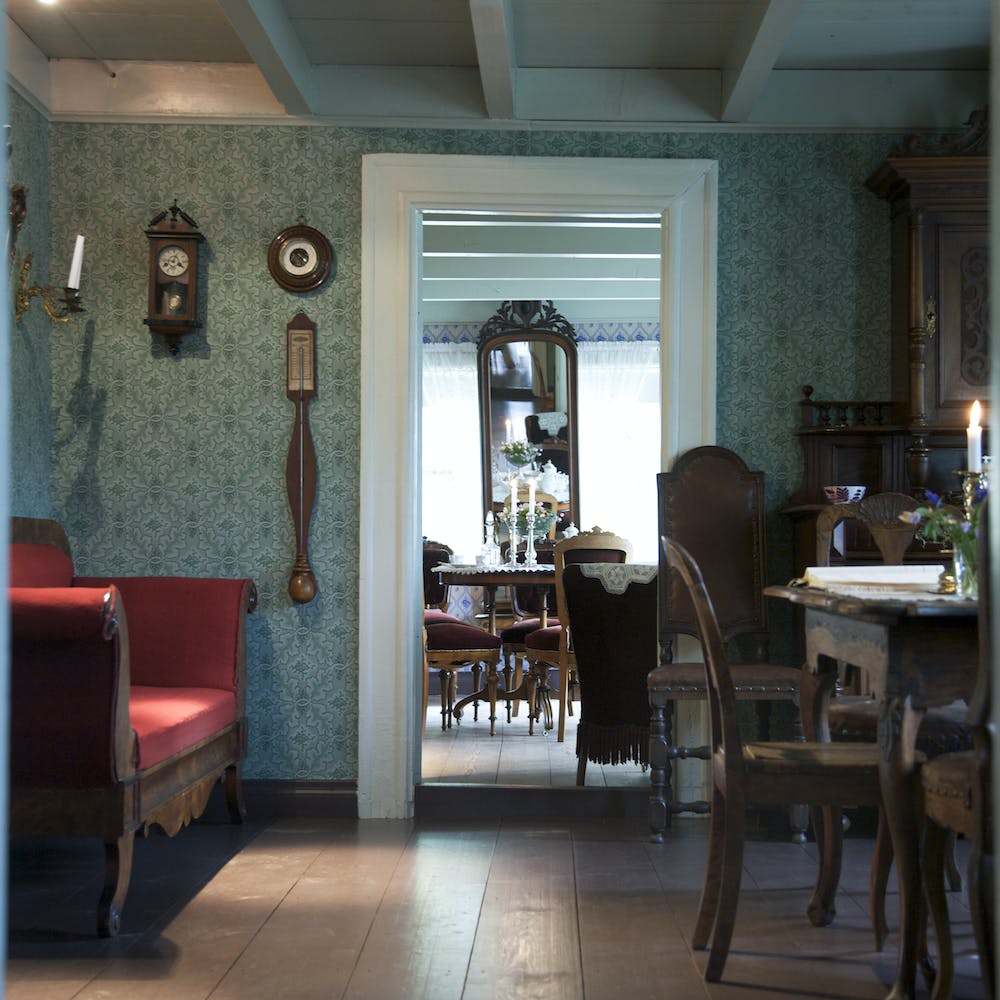 HOMANNSBUA, THE FARMHOUSE AND ITS FURNISHINGS

Homannsbua has had several functions and was probably a guest house and a storeroom for textiles. The farmhouse is the third building in the yard. Its painted and papered walls re-create the atmosphere it had in 1890. Much of the furniture now standing in Håland comes from the Barkeland collection. They indicate not only the social and economic position of the more prosperous people of Ryfylke but also how different trends spread from the continent all the way into the fjords of Ryfylke.

Målastova is an important part of the region’s cultural heritage with its painted interior probably dated to the 1640s. This was the farm’s most elegant building where visiting people of similar rank, town dwellers, clergymen and other officials were entertained. At some point the building lost its importance and was used both as a stable and woodshed. This has led to a great deal of wear and tear on the décor and required conservation work both in 1980 and the 2000s. There are other similar decorated buildings on other large farms in Ryfylke but this one at Håland is special because its painting is very old and is one of the few still existing in Norway. 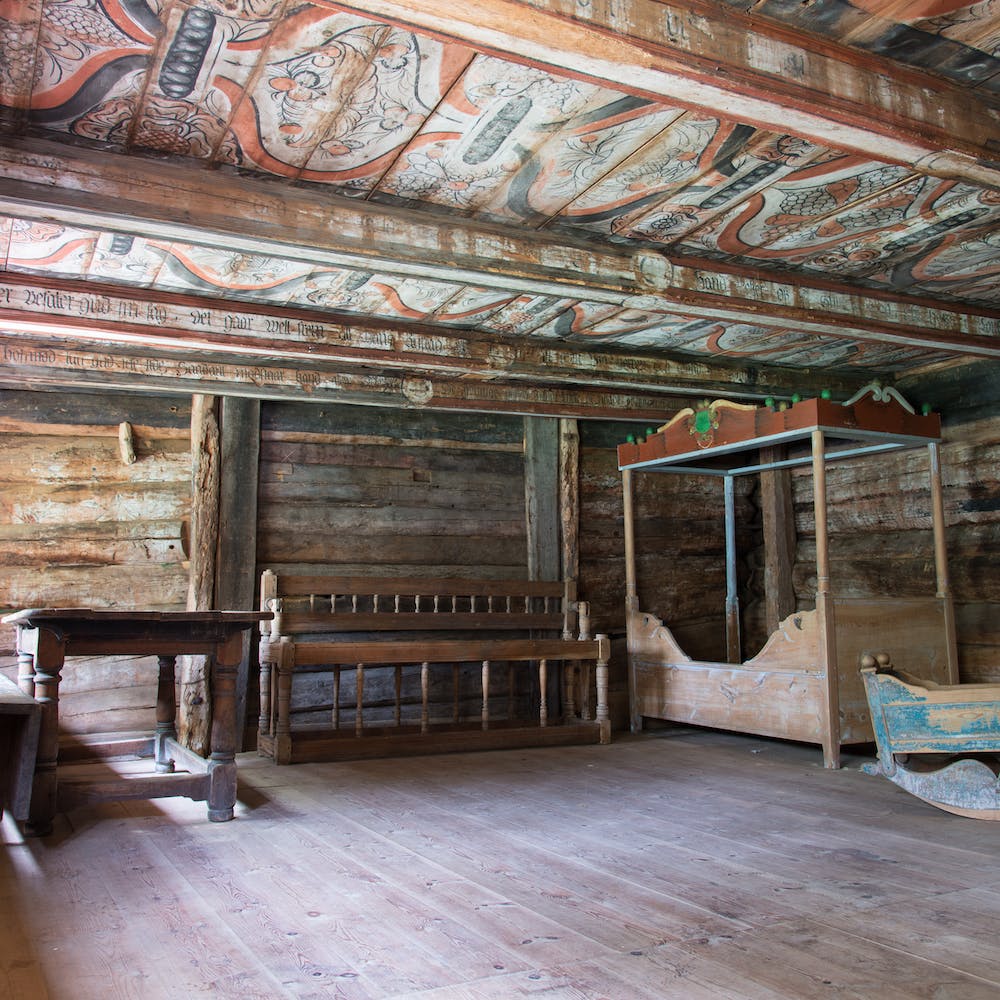 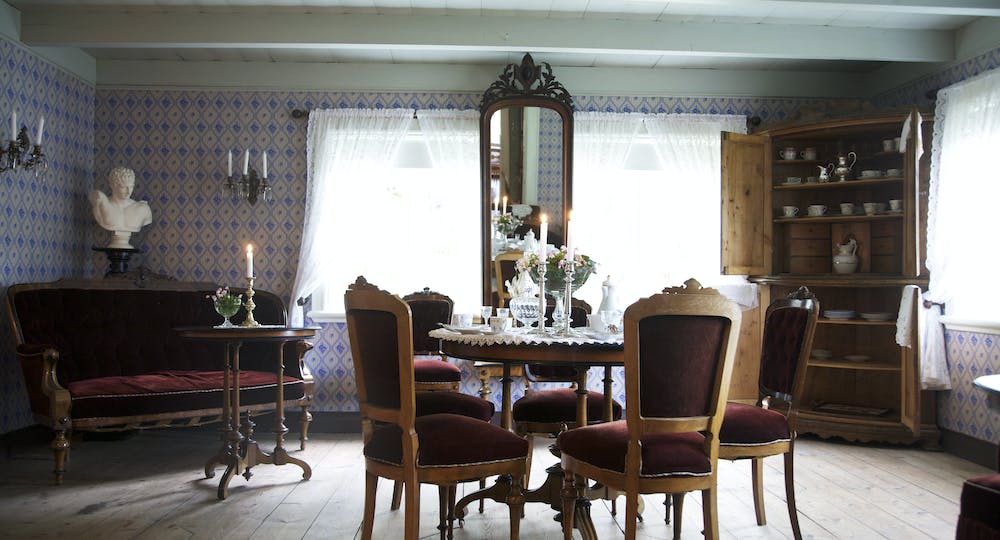 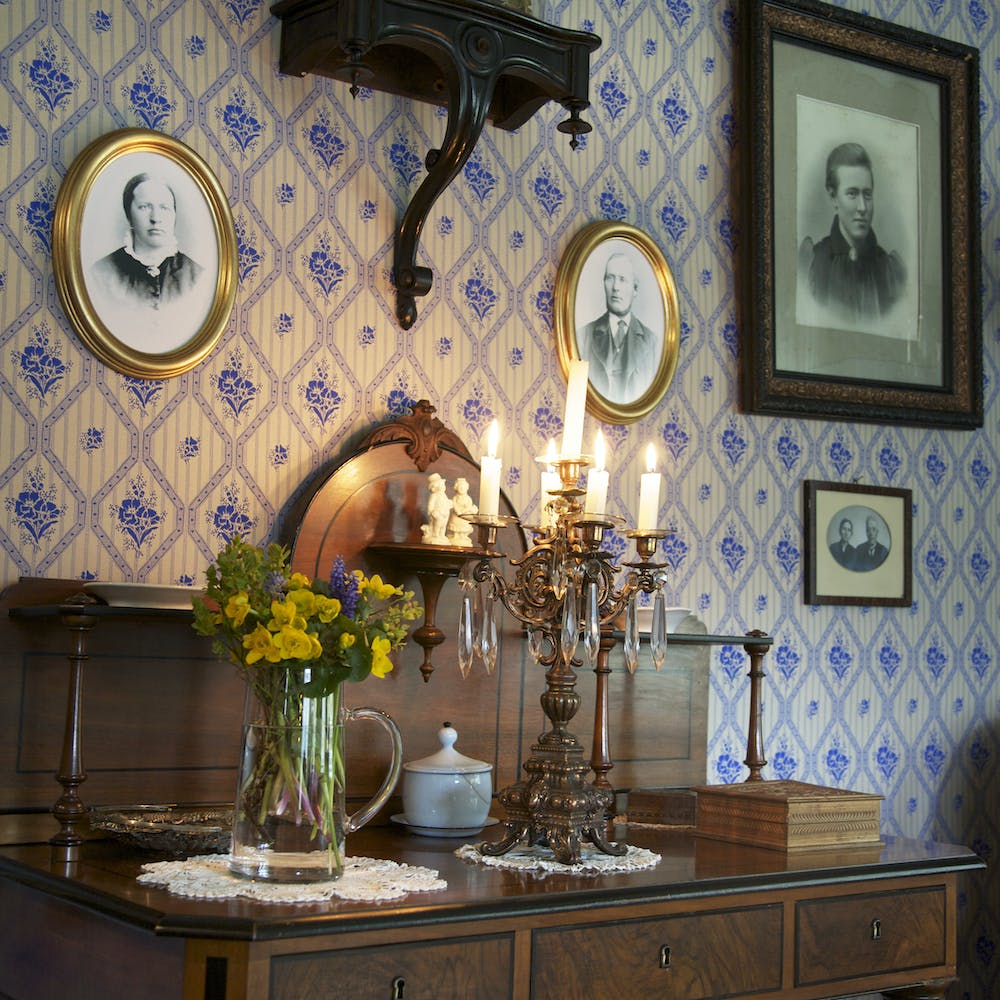 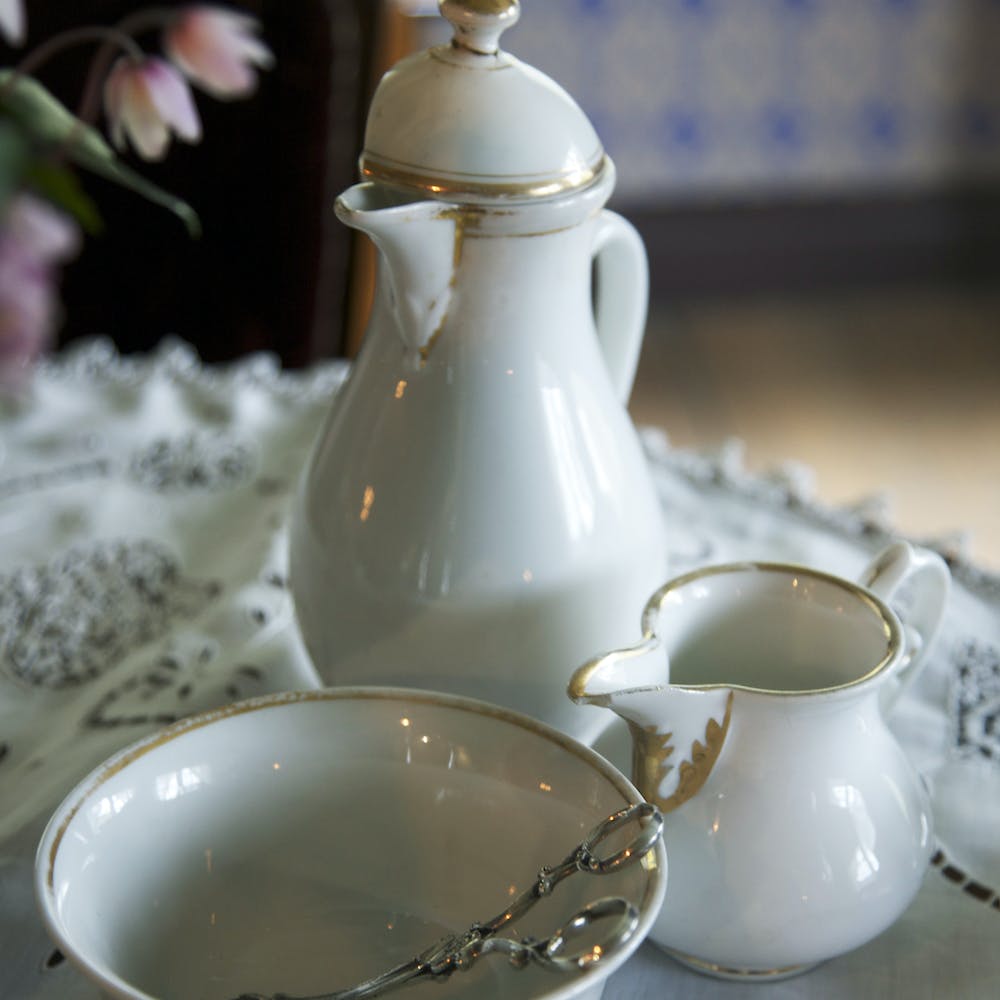 The Håland Bible, or King Christian III’s Bible from 1550, is one of the finest objects owned by Ryfylkemuseet. It is amazing that an example of this first Danish translation of the Bible came to Håland and that we have succeeded in taking care of it. The Bible was found in 1913 behind the interior cladding of one of Håland’s buildings when electricity was being installed. It can have laid there for several hundred years before being rediscovered. As far as we know, there are only 35 examples of this Bible in Norway with five of these in Rogaland county. The Bible is now stored in the museum’s vaults. 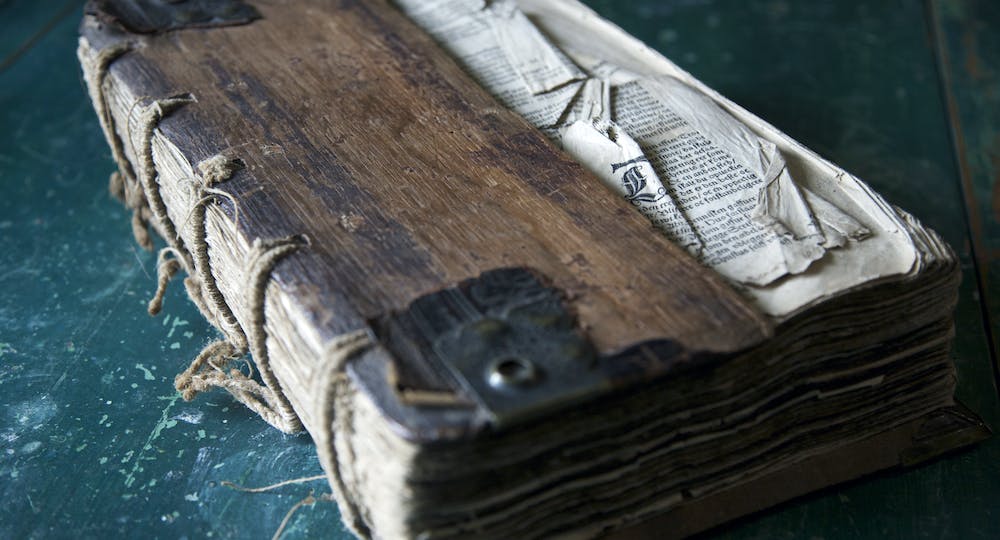 In order to visit this exceptional farm, you leave state highway 13 at Hålandsosen towards Østerhus. Make a left turn after crossing the bridge. 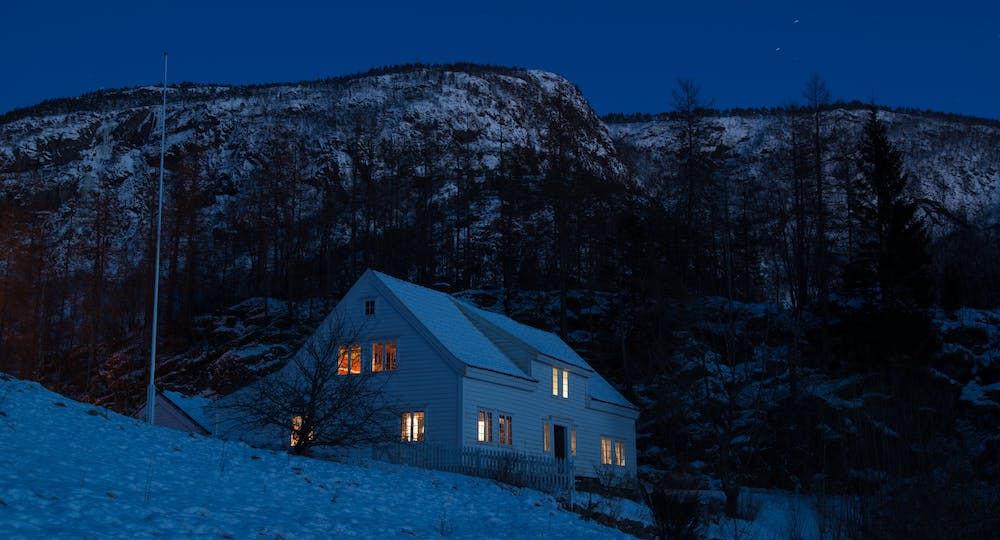