Meet our local guide from 27th of June – 25th of August*: every thursday til sunday, 12-16.
We’re closed August 2nd.
When you are at Viga on other days you will get more information through our free downloadable app ‘Ryfylkemuseet’.
Guided tours for groups on enquiry

VIGA’S HISTORY
Viga, a gem of a museum farm, has exceptionally high cultural and historical value. We believe that it was settled at least a couple of thousand years ago. There are numerous burial mounds on this site with finds dated to the Viking Age. Written sources on the farm reach back to the 1500s.

Viga, one of the largest farms in Hjelmeland, employed many servants. The basis for operations here was arable farming and animal husbandry, although fruit was also raised. In 1990, Ryfylkemuseet established a historic orchard at Viga containing over 100 fruit trees representing traditional sorts of apples, pears and plums native to Ryfylke.

Viga was vacated in 1955 and then taken over as a museum farm in 1970. The former owner left a substantial part of the original furnishings and equipment in the buildings. It is thus possible to reconstruct the daily life of those who lived here, which gives an authentic idea of their lifestyle, farming activities and working methods.

THE FARMYARD
The farmyard looks today as it did in 1821 with a main dwelling house that includes a chimneyless room (“smoke-cottage”) dated to the 1600s, a summer kitchen, a storehouse, a barn and a smaller dwelling house named Sissel Cottage. 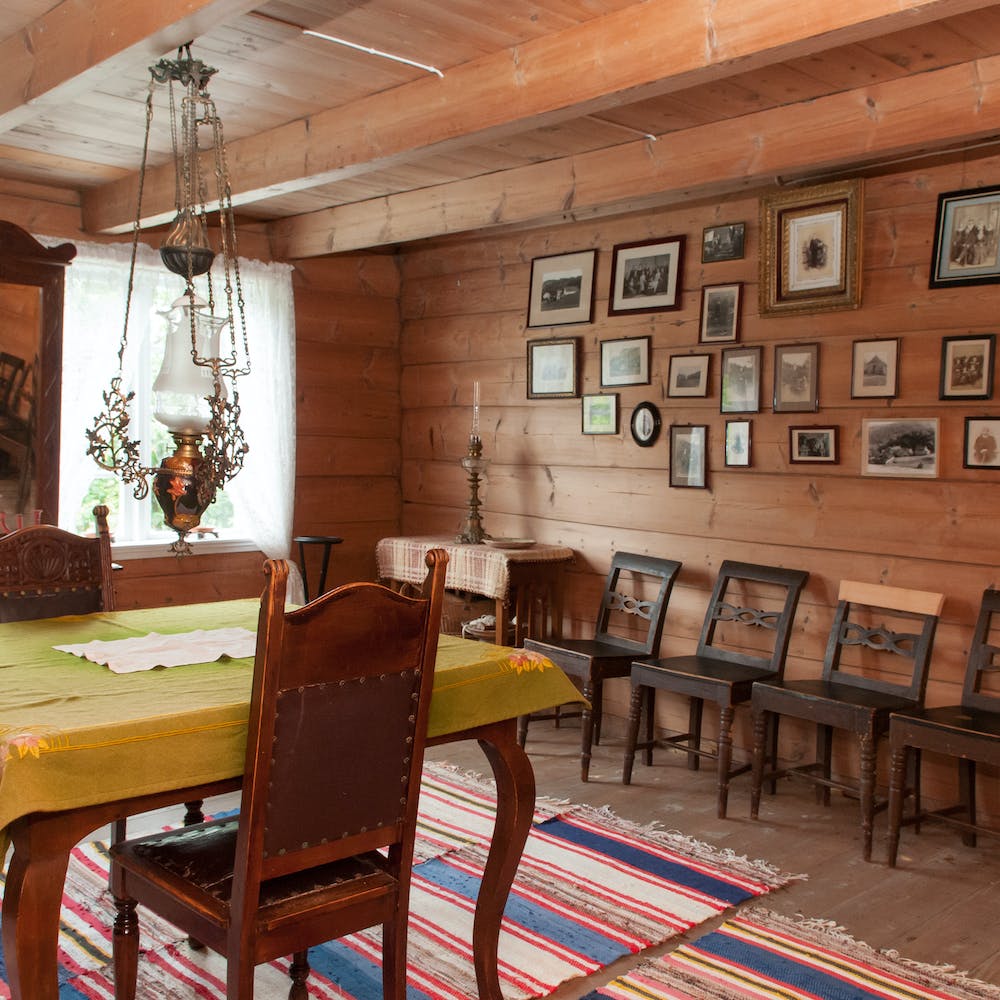 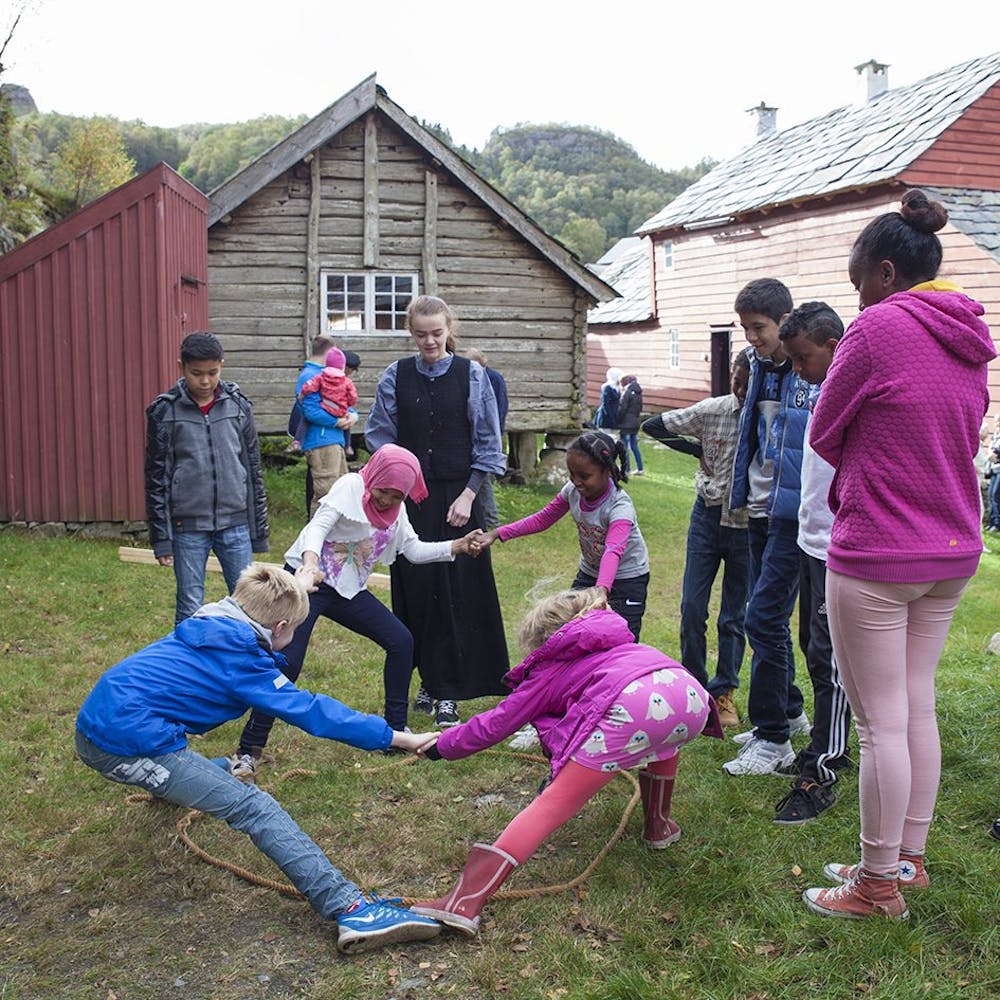 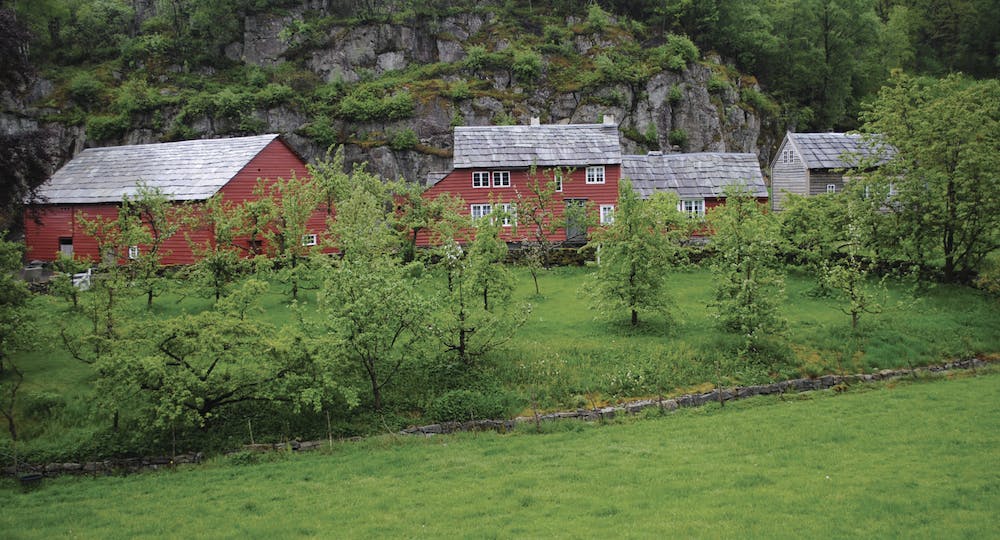 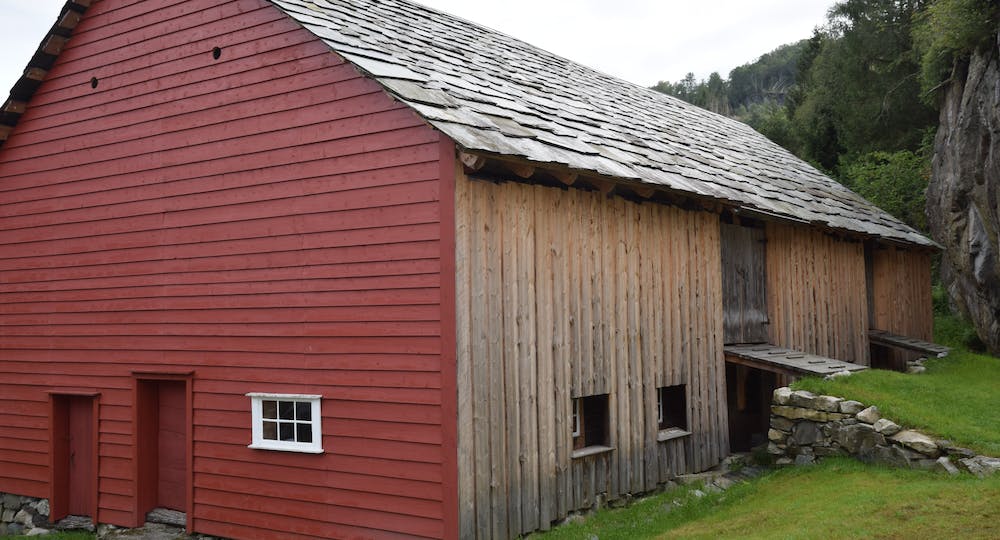 Ryfylkemuseet has carried out an extensive restoration based on ancient building traditions and methods at Viga. The barn restoration was an especially huge project where emphasis was placed on roofing with natural slates.

ON A TREASURE HUNT WITH YOUR MOBILE AS YOUR GUIDE

Get on a treasure hunt and explore our sites with a guide on your own mobile phone. With our free app Ryfylkemuseet you will get to know more about the site you are visiting. Through fotos, informasjon and narrative we tell you the hidden histories when you visit our sites even though the guides are not around. This way you can discover more about Vigatunet.

Our Ryfylkemuseet-app can be downloaded from Google Play or from the App Store. The app is called Ryfylkemuseet. Download our free app here. 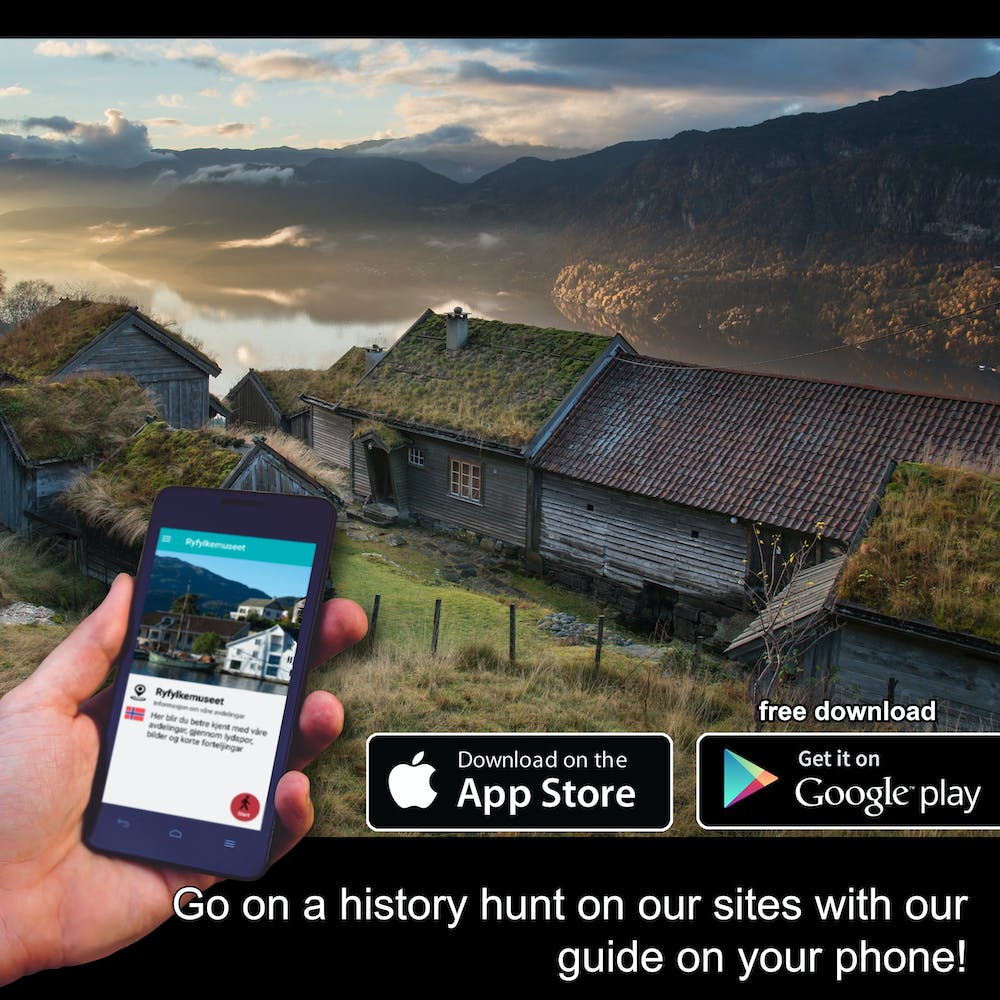 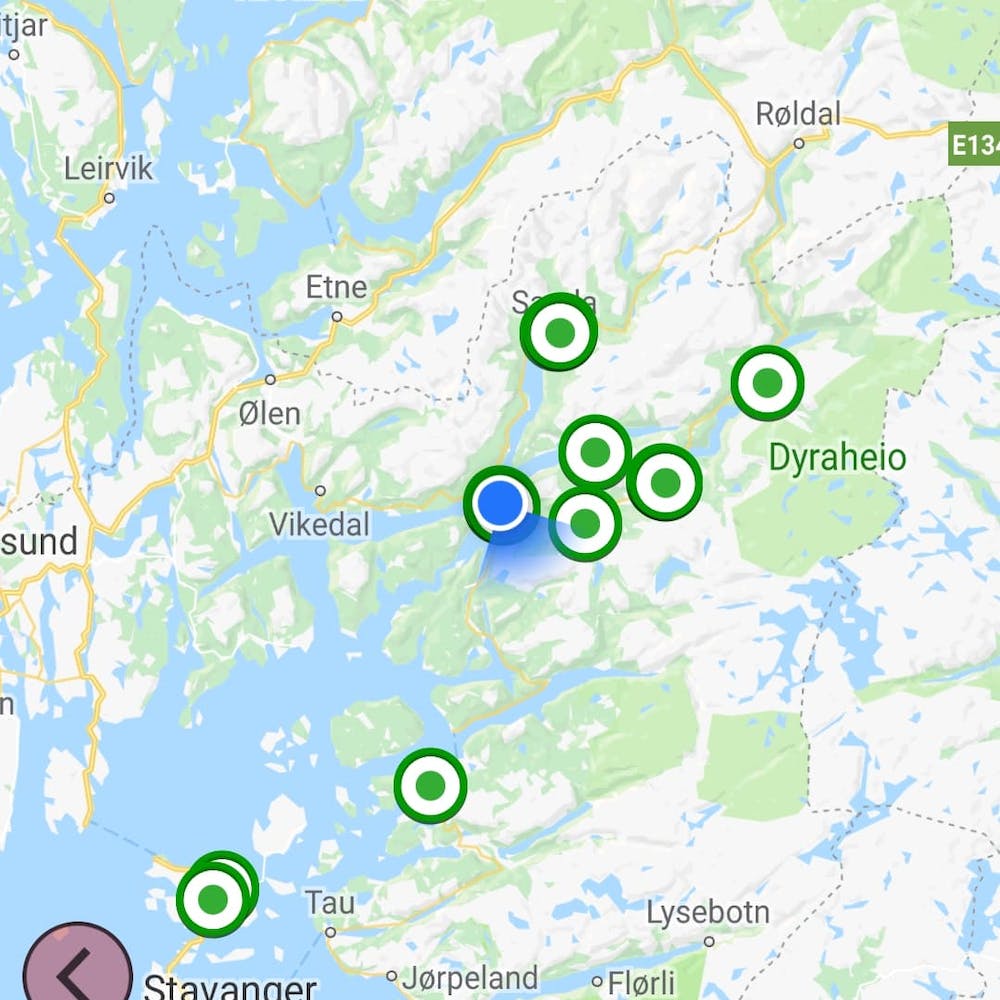 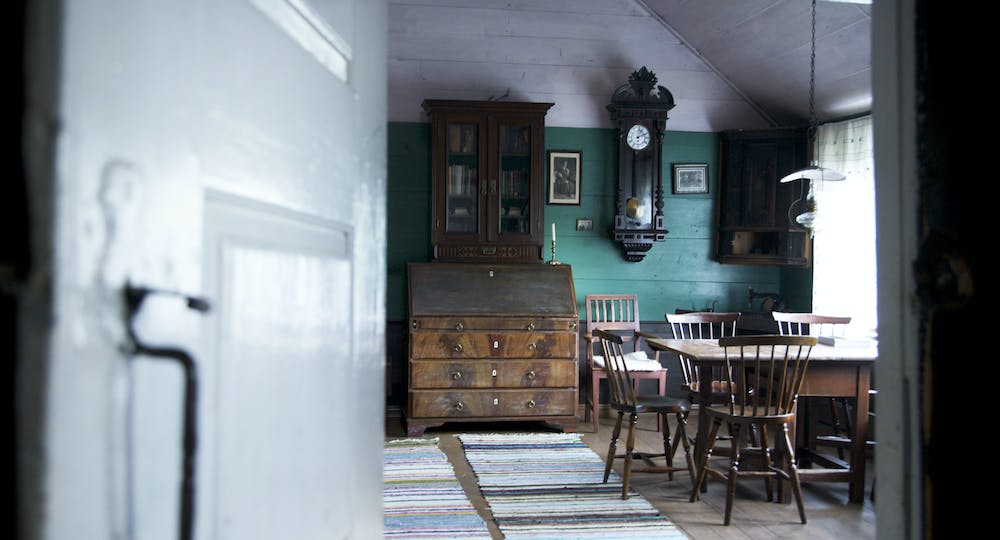 During the summer season our museum hosts provide guided tours and information about life at Viga. The farm with its large collection of objects is teeming with cultural and historical events. Check our calendar for information on the various activities such as activity days with a local market, old games and concerts at Viga.

Viga has an impressive location near the Nasjonal Turistveg Ryfylke (the National Tourist Route) and the Discovery Route. If you’re driving from Preikestolen to Trolltunga, we recommend a visit at Viga farm for an extra experience. 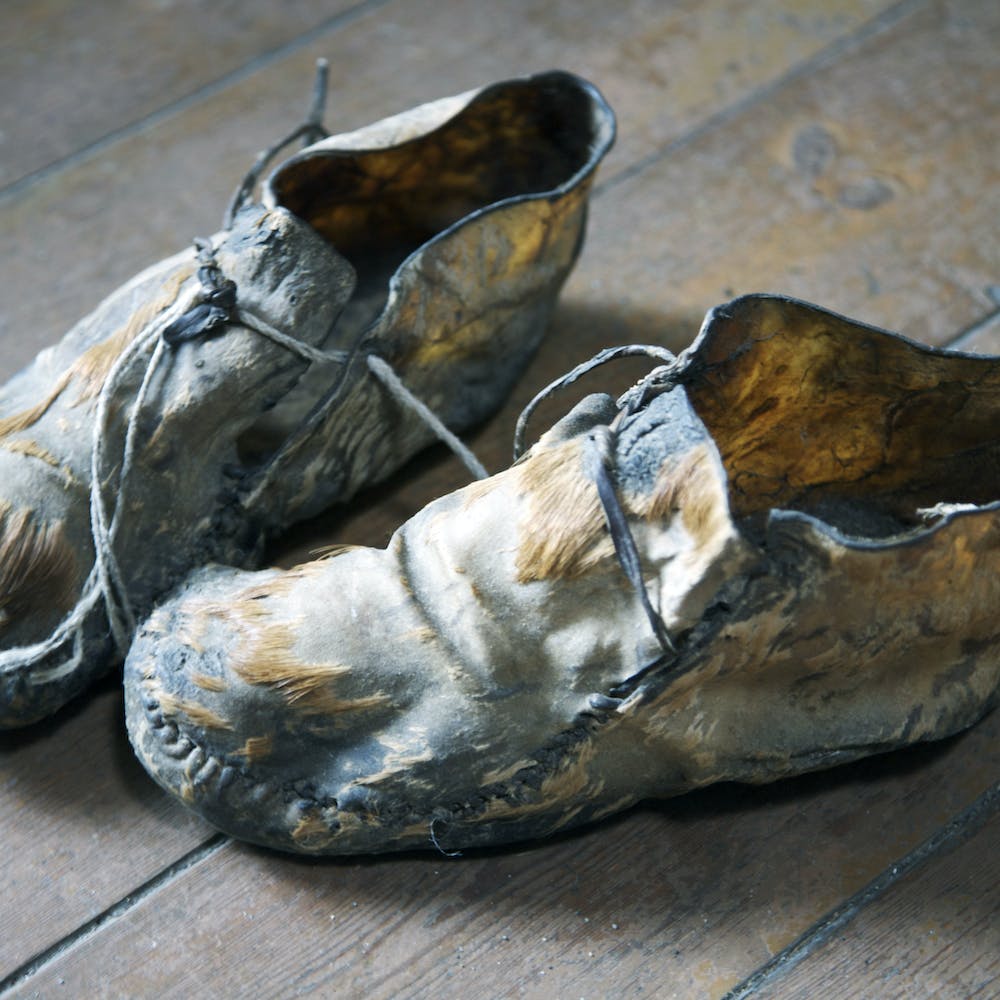 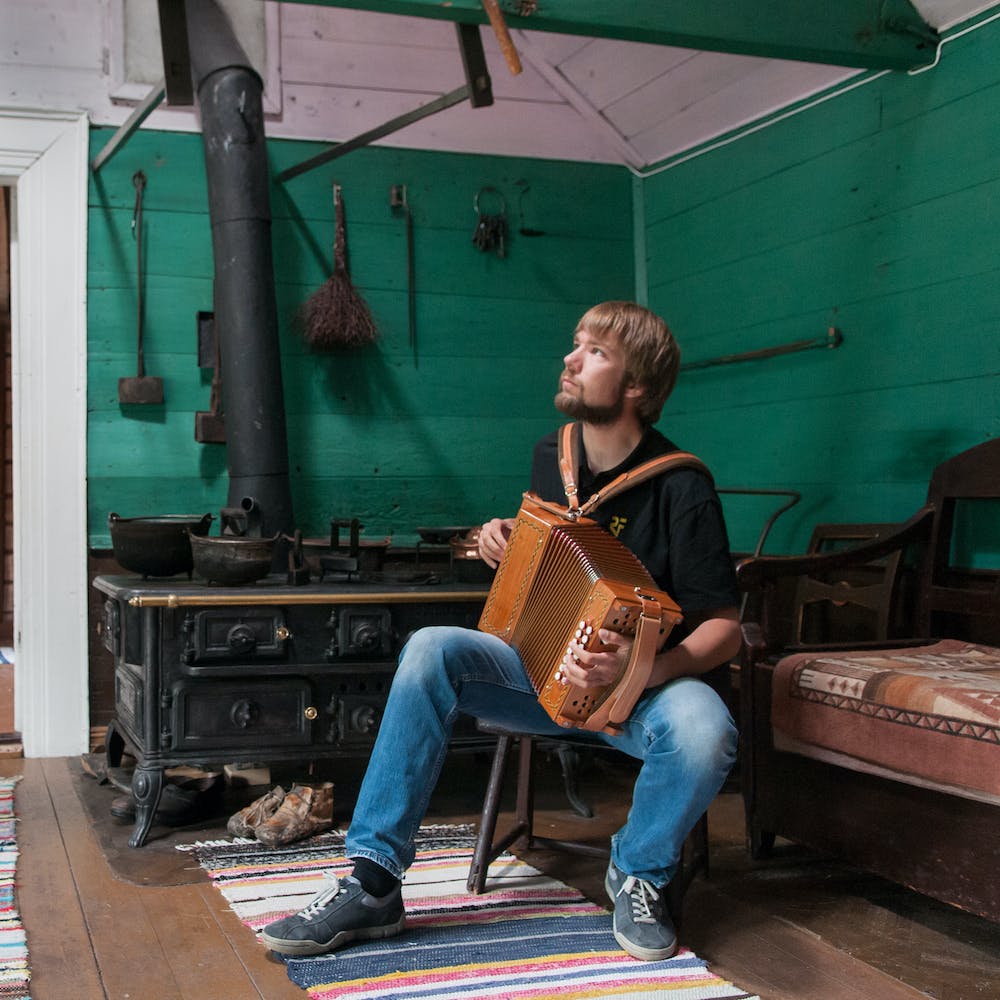 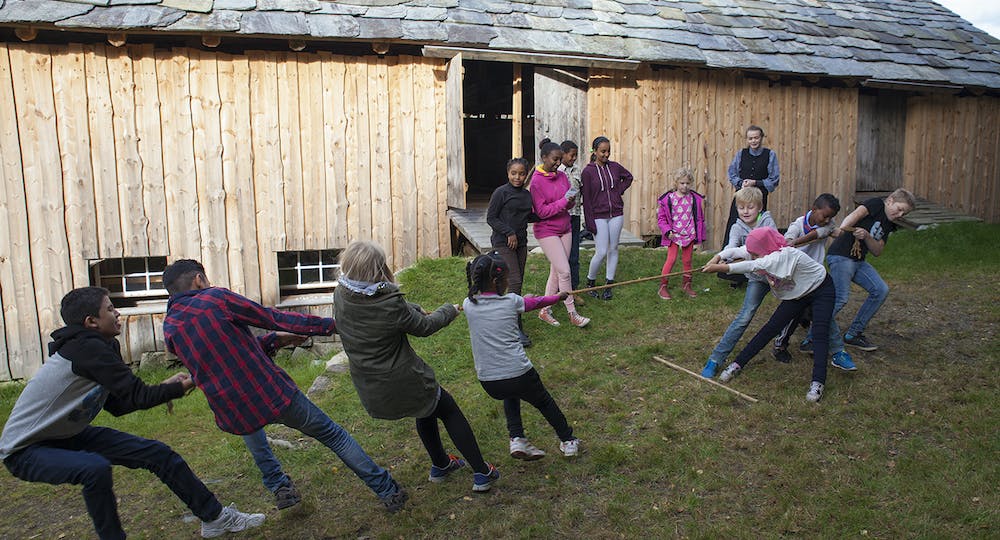